How do I wear my scarf? 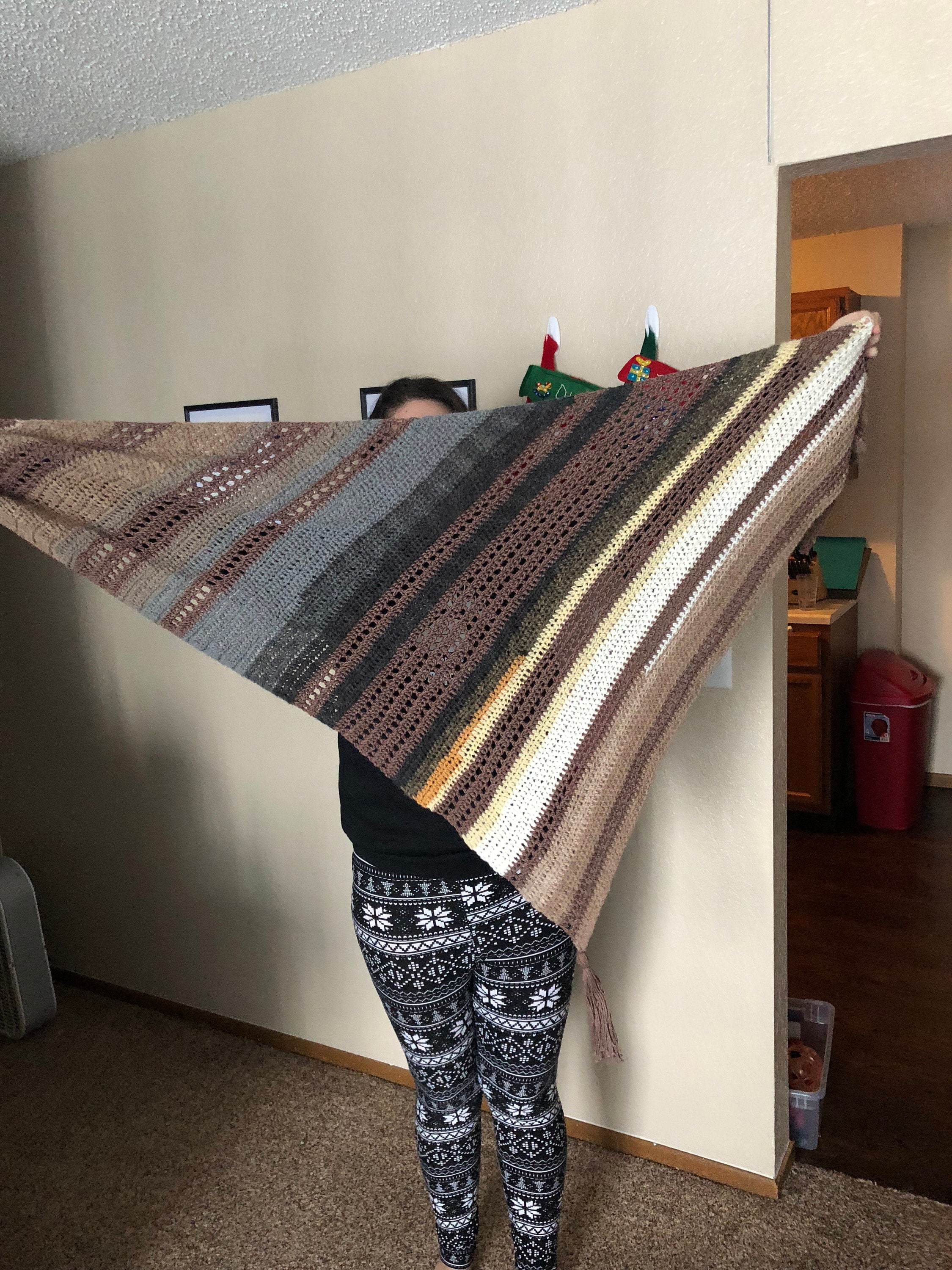 The days between Christmas and New Year are entirely a blur – full of chocolate, Netflix and leftovers, sleeping weird hours and having no clue what day it is. What a time to be alive.

But one thing’s for sure – you love your new scarf from Two Paws Knitting Co! Of course you do! Why, it’s the best thing you’ve ever received! But after tearing open the packaging, your product may have been folded in strange ways and you’re left wondering – how do I wear this thing?

Have no fear – this blog is here. You’ll be sporting your handcrafted coziness in no time.

TL Yarn Crafts’ Queen Cowl was my best seller this year, and there’s no question why. It’s beautiful, cozy, and looks good on everybody – e v e r y b o d y. But, with its folds and pocket, it can sometimes get twisted. 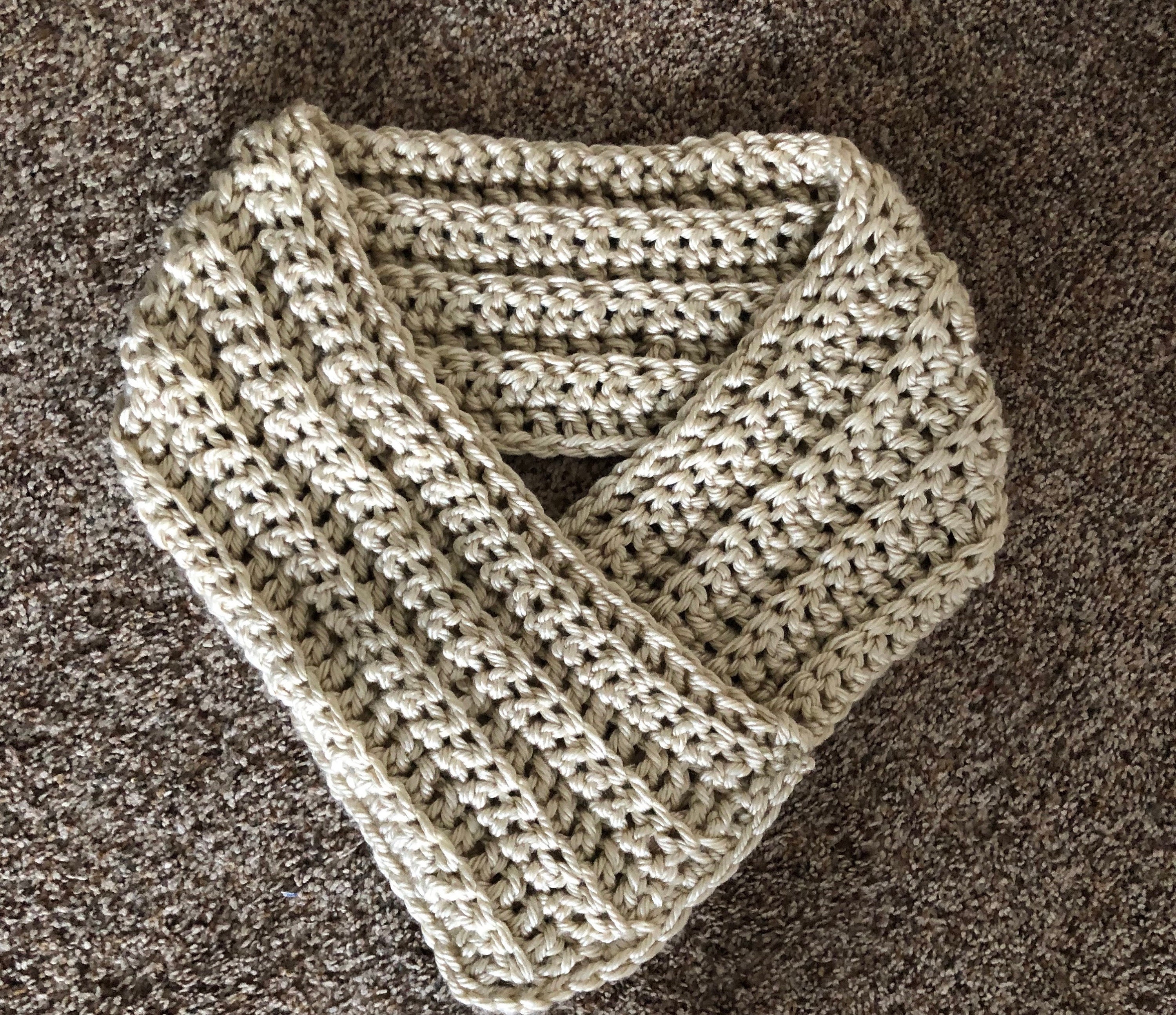 Here’s the way to get optimal use out of it.Here’s how the cowl should lay while flat. The right side of the cowl (left side while facing you) should be on the front, with the point at the bottom, creating a sort of triangle. This is how you get optimal pocket usage. 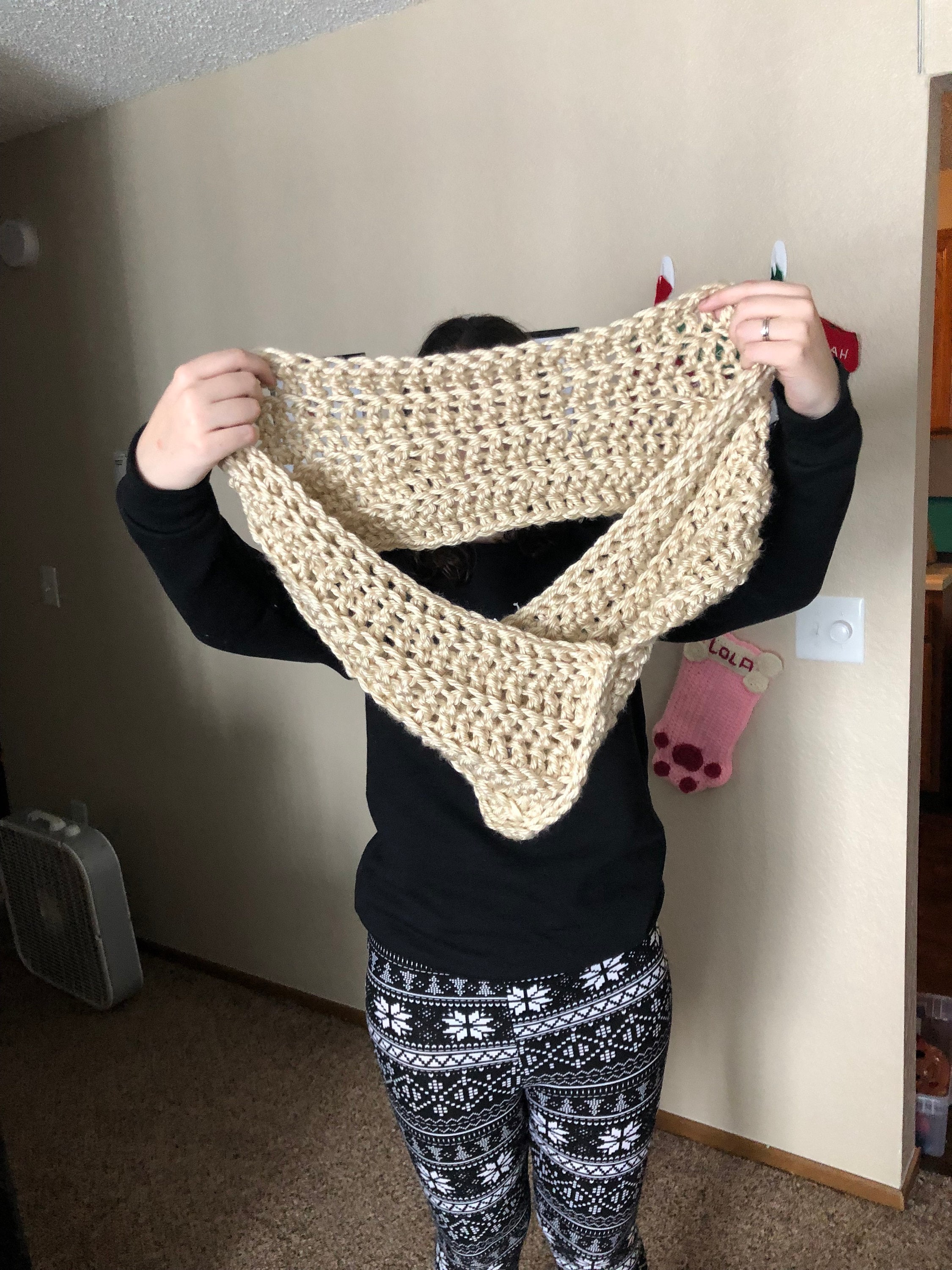 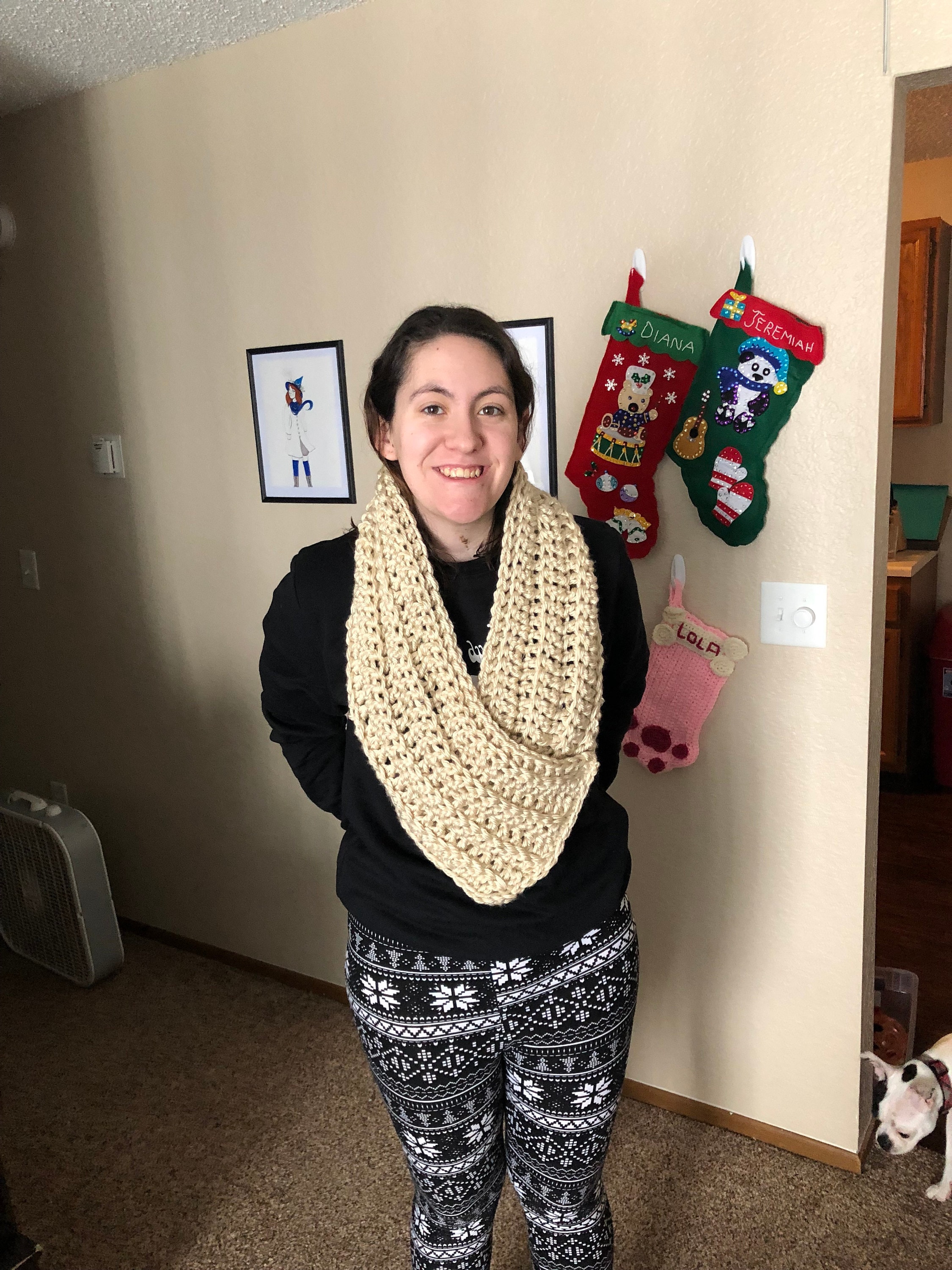 Pick up the cowl so that the point is facing away from you, and slide it onto your head. Adjust as needed! Ta-da!

A symmetrical triangle scarf is named for that very reason – it’s worked from small edge to small edge, with the peak of the mountain being the middle of the project. 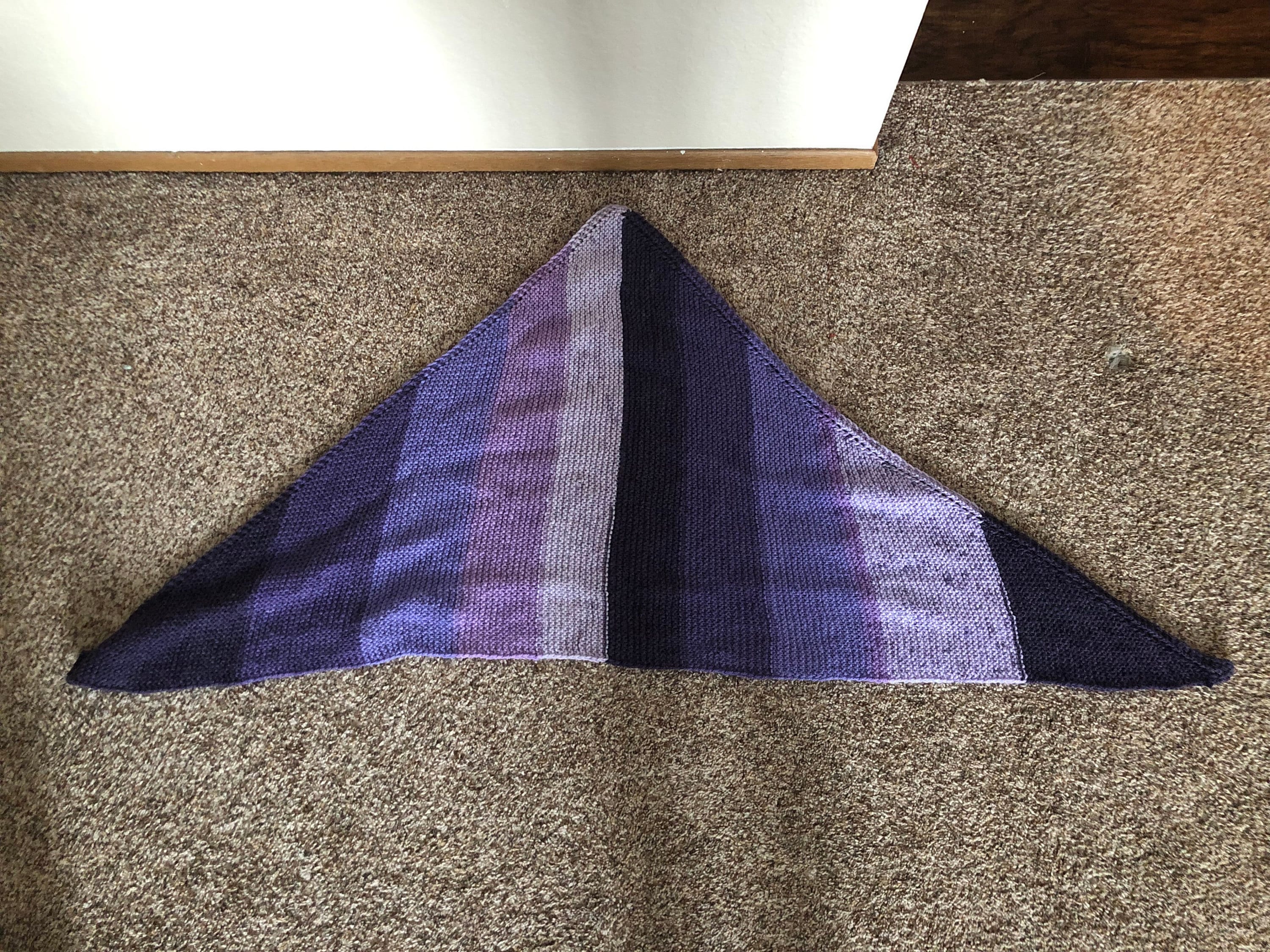 You can wear a triangle scarf one of two ways –

As a scarf, start with the long edge on top. Bring the points behind your head, cross them, and bring them back over to the front. 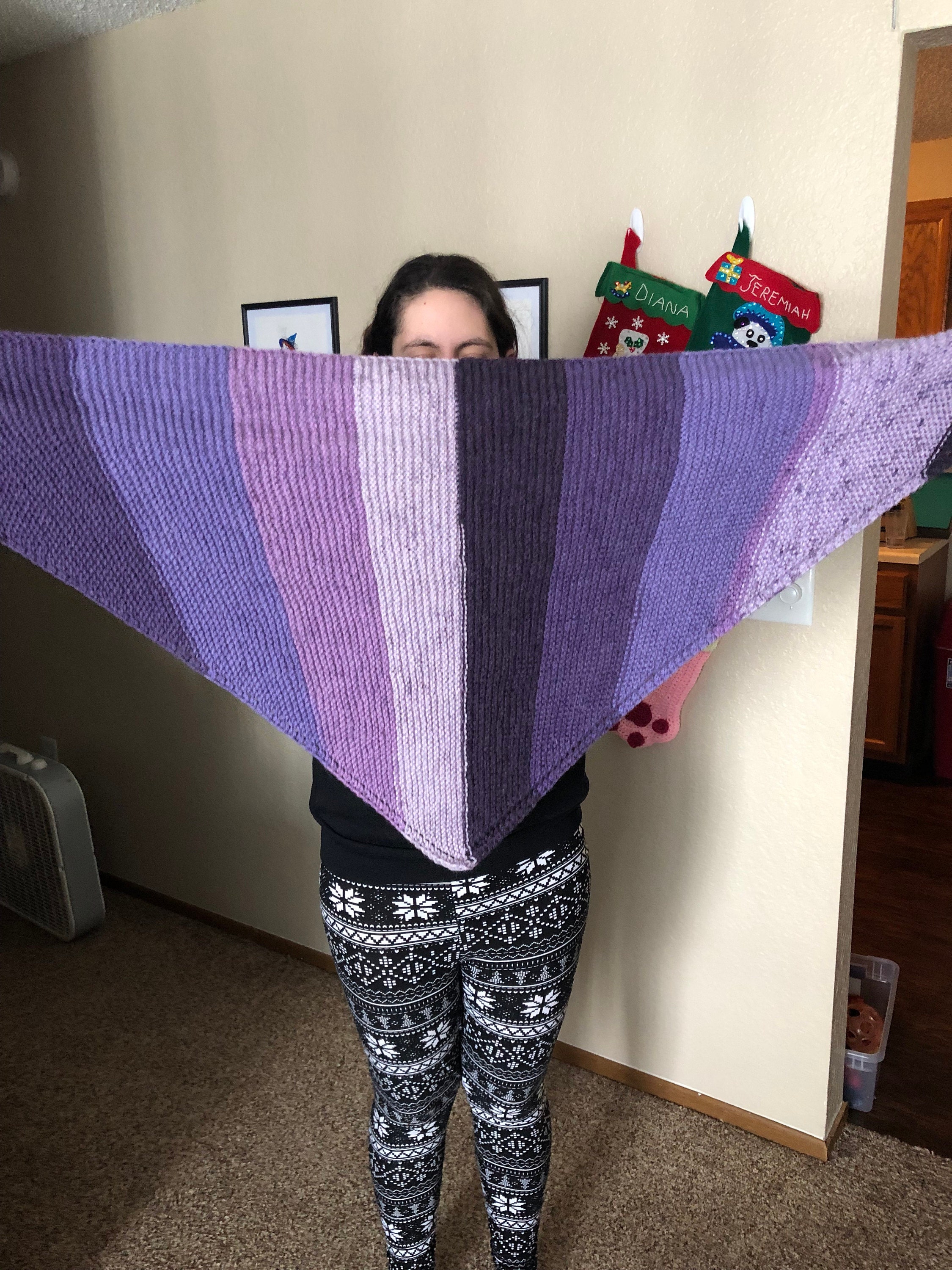 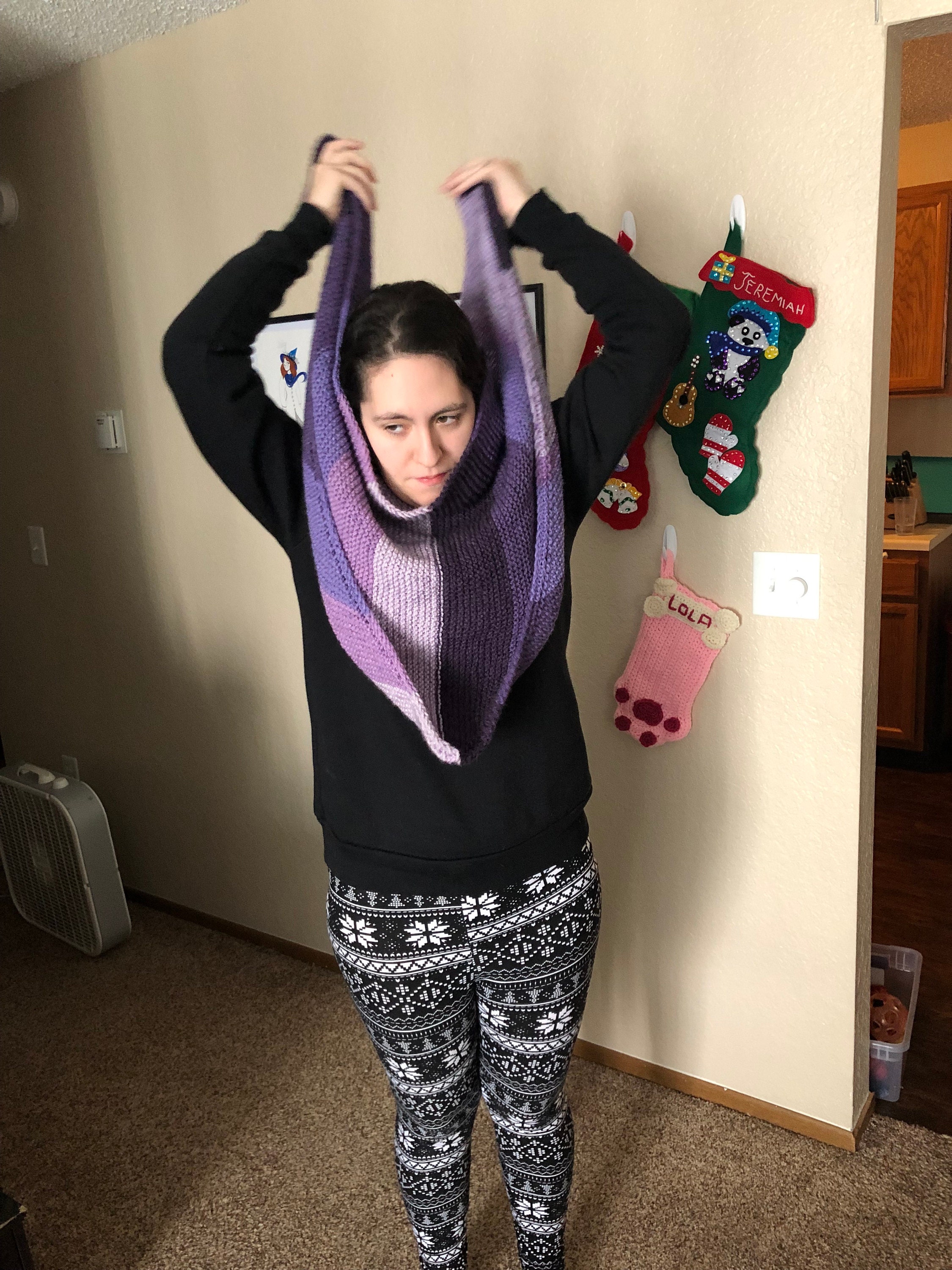 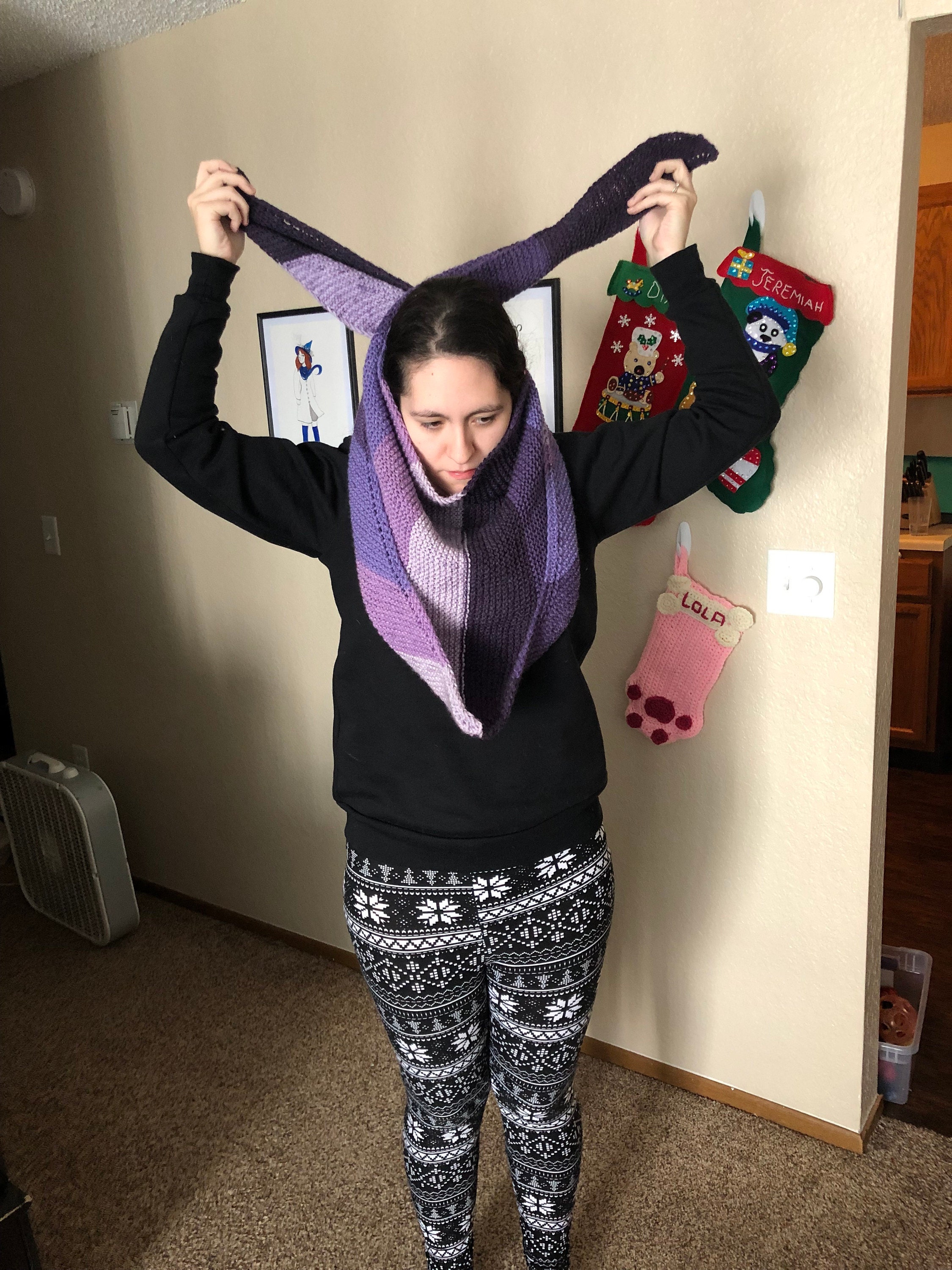 As a shawl, simply place the scarf with the long edge around your shoulders, with the mountain peak toward your bum. 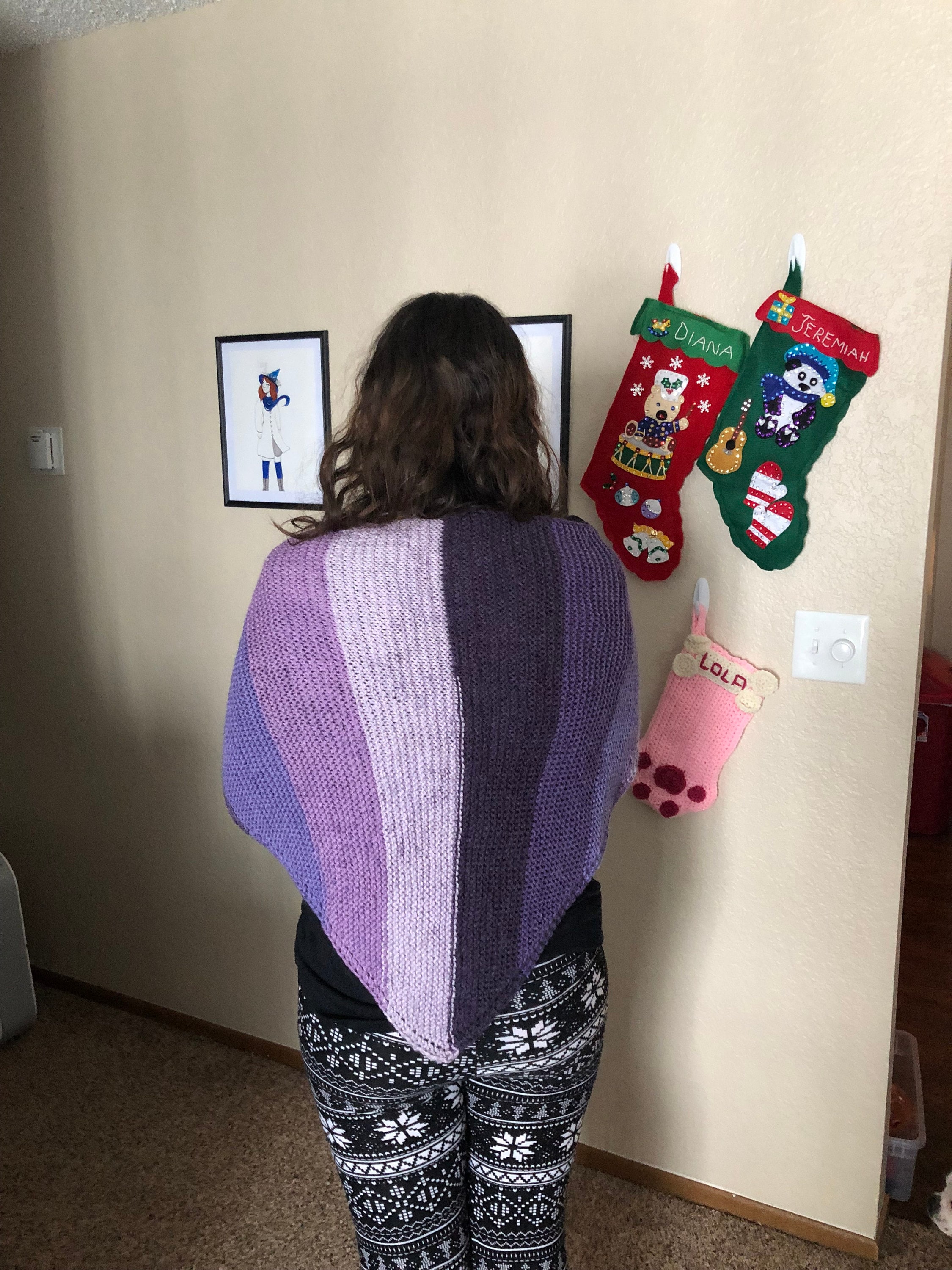 I made a few of Two of Wands’ Earl Grey Wraps as gifts this year, and although they’re beautiful and cozy, an asymmetrical scarf can be a little harder to style!

Instead of being an isosceles triangle, this scarf is more of a right angle. 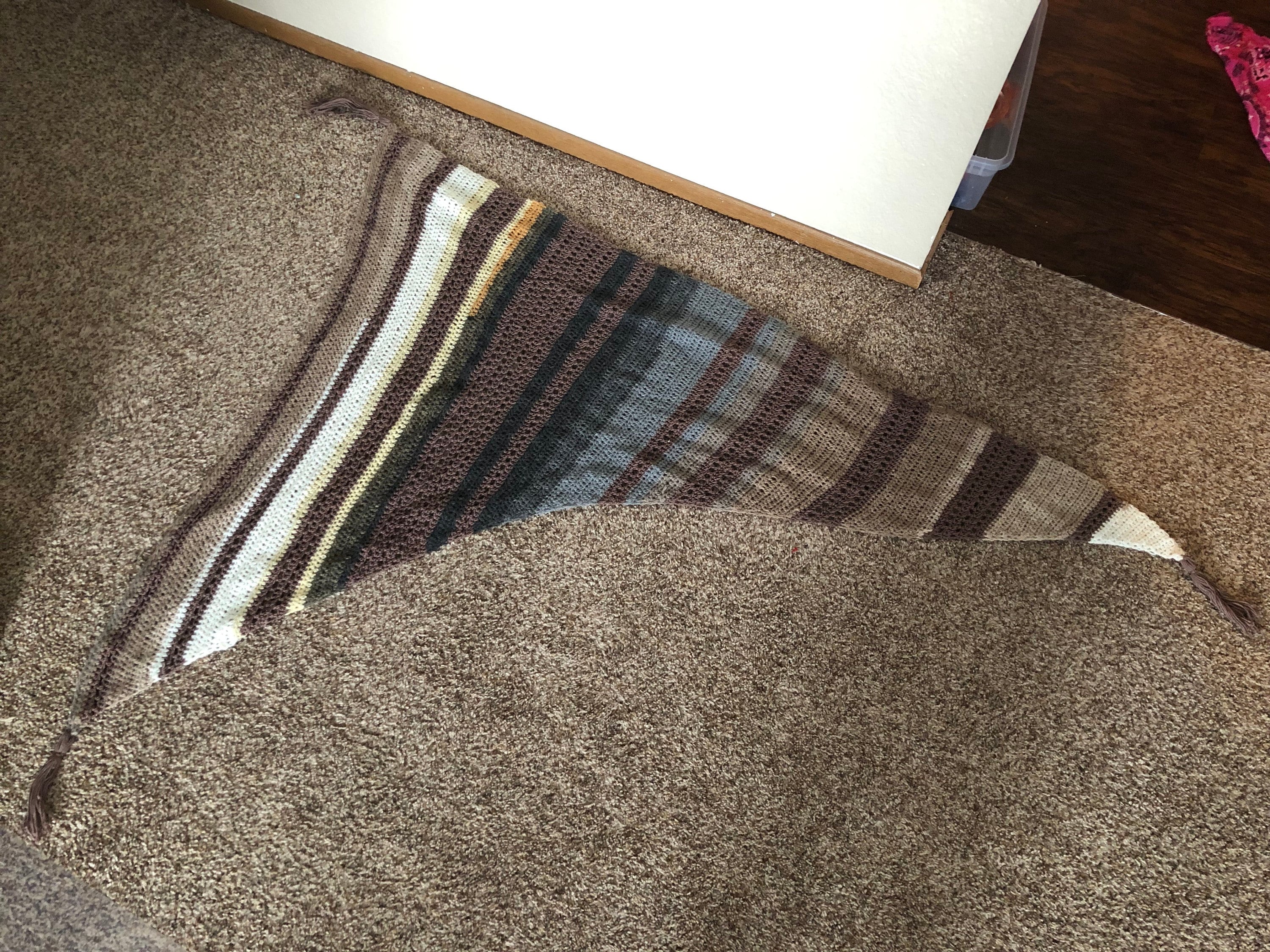 But, it can still be worn the same way as the triangle scarf.

As a scarf,  start with the long edge (or, in Pythagorean terms, c-squared) on top. Bring the points behind your head, cross them, and bring them back over to the front. 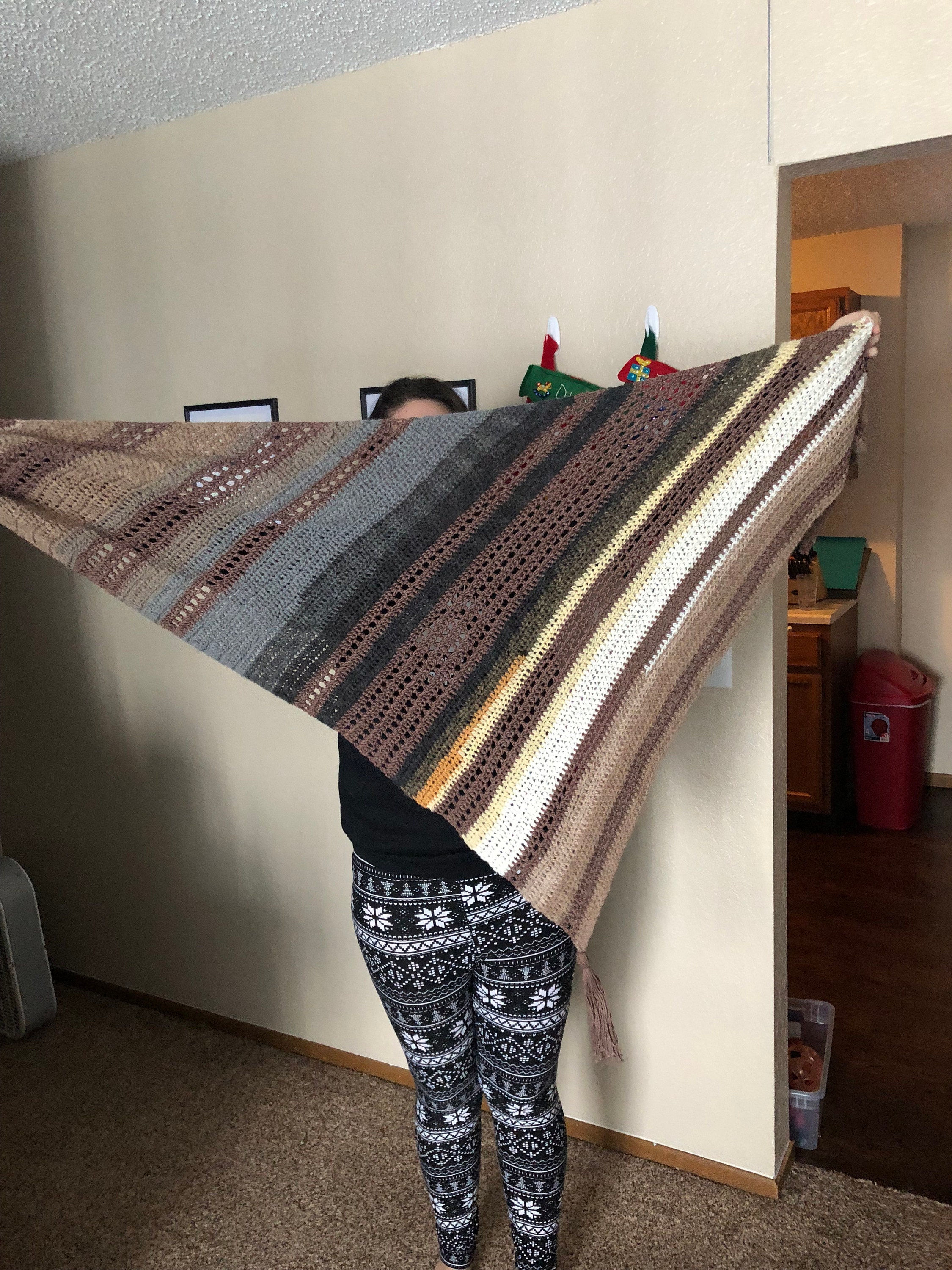 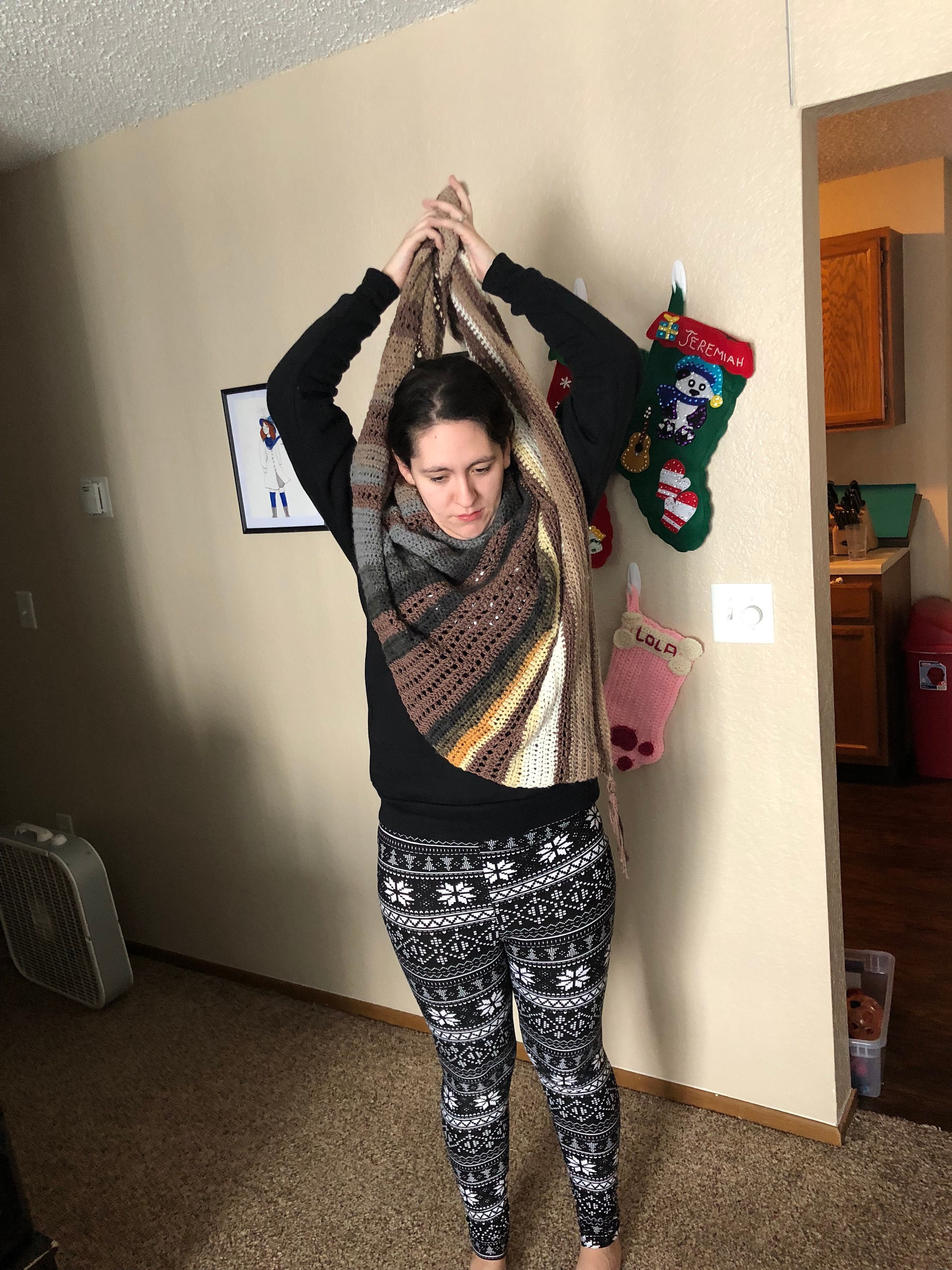 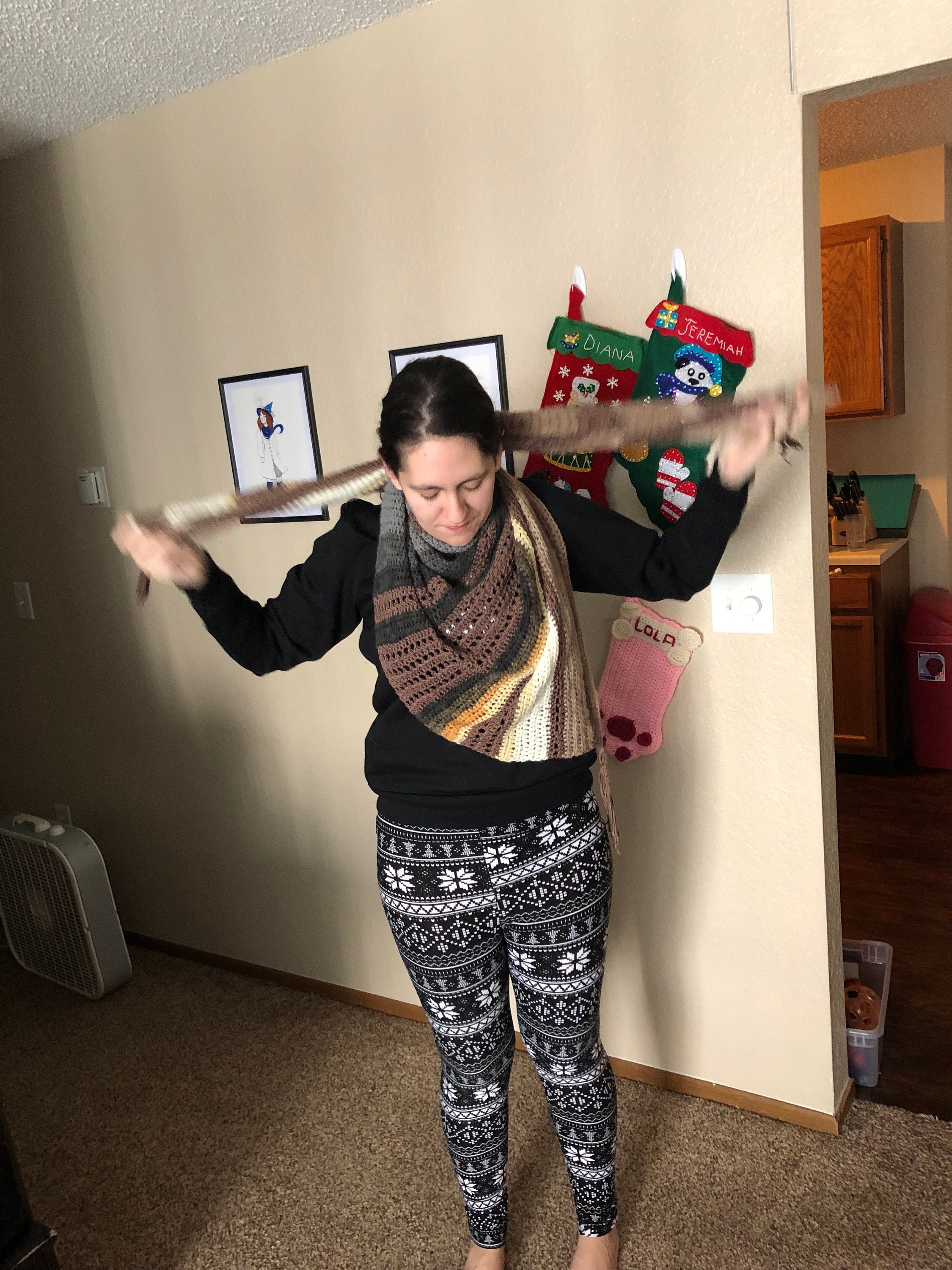 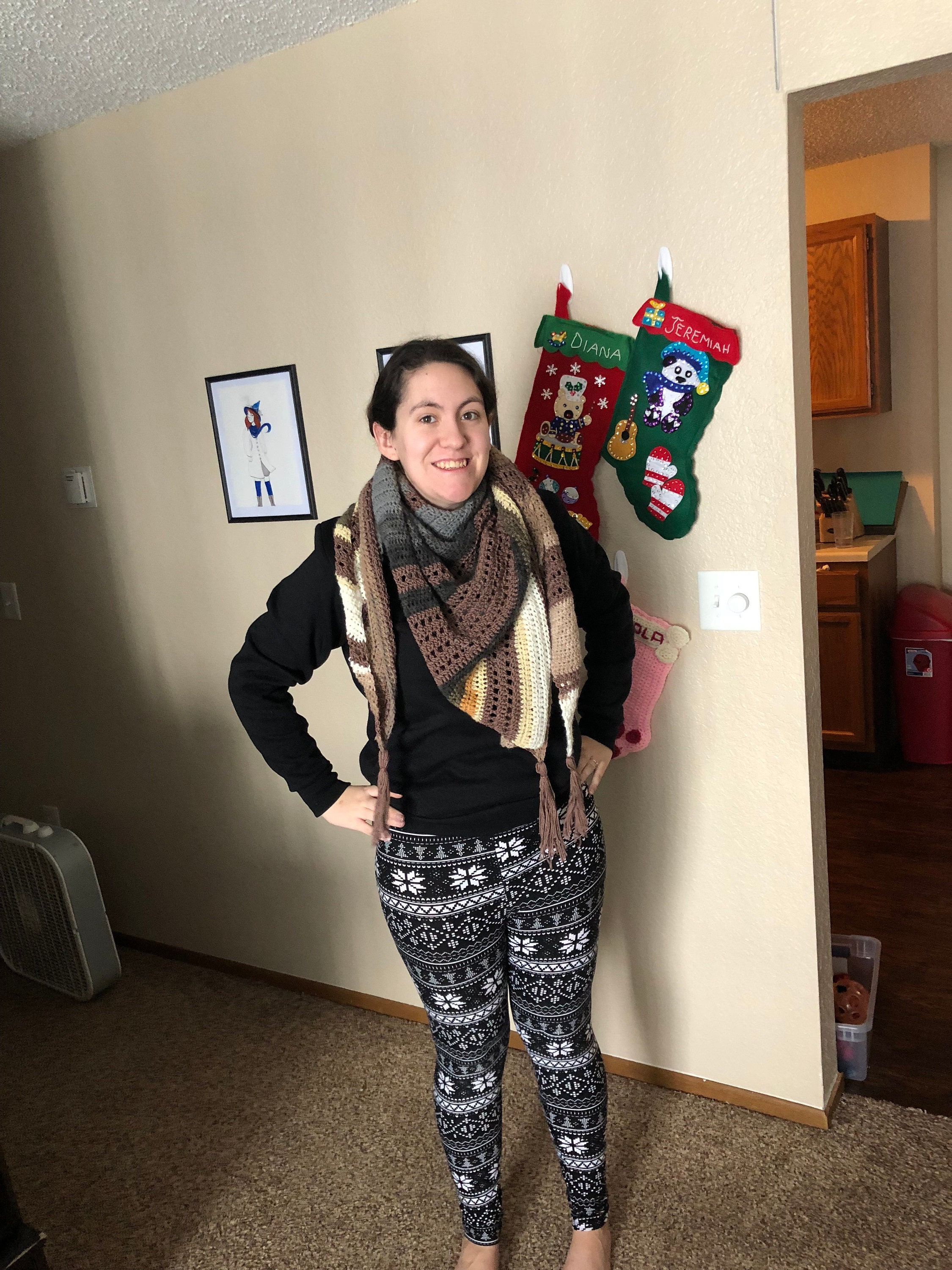 As a shawl, simply place the scarf with the long edge around your shoulders, with the a-squared-b-squared point toward your bum. 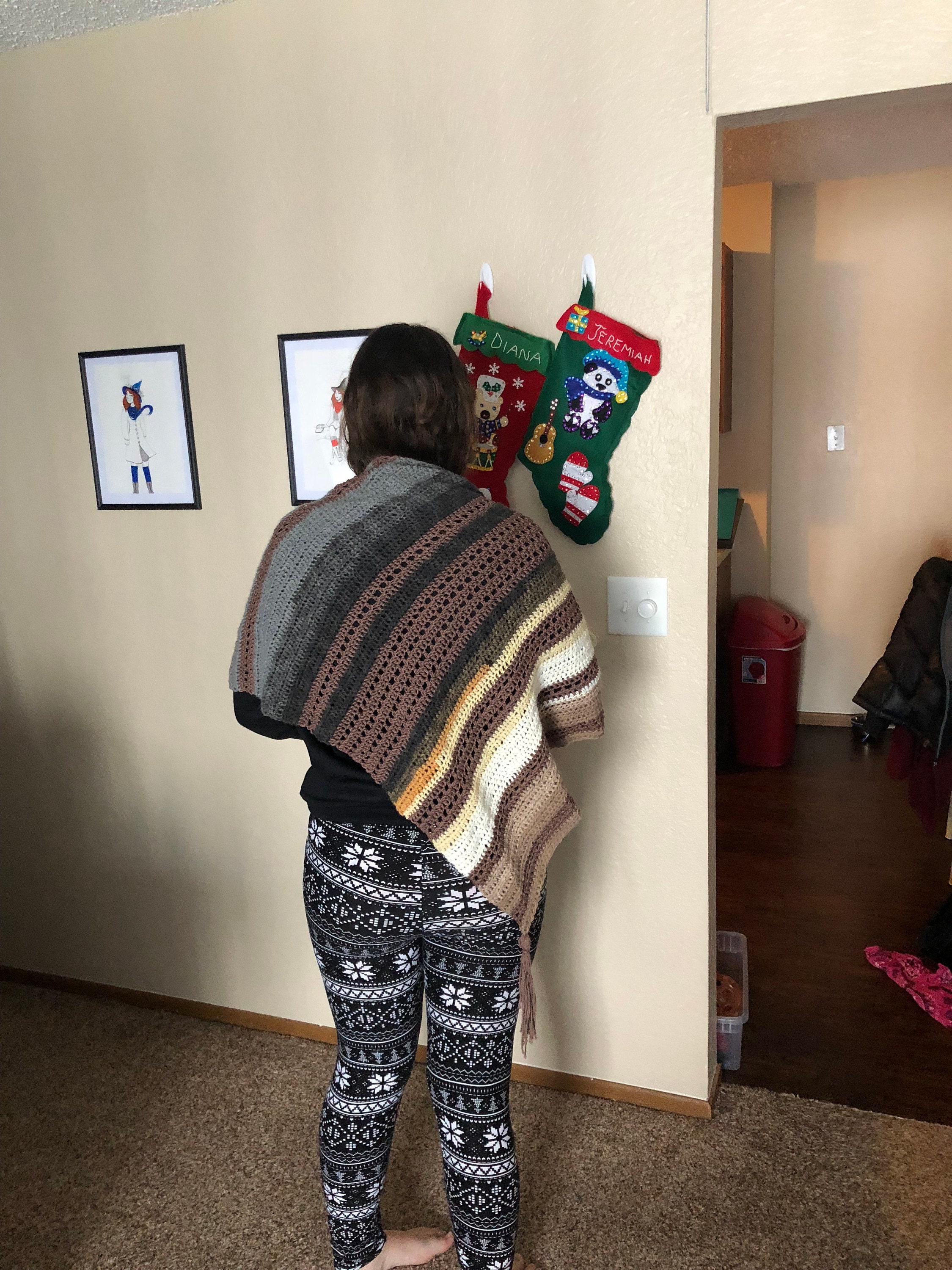 These are my favourites, but there are many other ways to wear an asymmetrical shawl, as this Interweave article shows. Try them all out!

Did you get some Two Paws Knitting Co. gifts this year? Show them off! Tag me (@twopawsknitco) on Instagram and share the love. Happy New Year!

Previous Post What goes into the price of a handmade object
Next Post New pattern alert!
0 items in your cart